If you are an entrepreneur, Adam Draper has one word of advice for you: focus.

He actually had many words for the 100 or so assembled entrepreneurs who came to hear him speak at the Cal Lutheran Center for Entrepreneurship as part of the 805 Startups program organized by Alon Goren (twitter: @alonymous).

But focus is the word he says makes up most of his advice to entrepreneurs, many of whom have grand plans that often times overreach their time and resources. He reminds them of the humble beginnings of eBay, which started out selling only collectibles, or Amazon, which began as only an online bookstore. 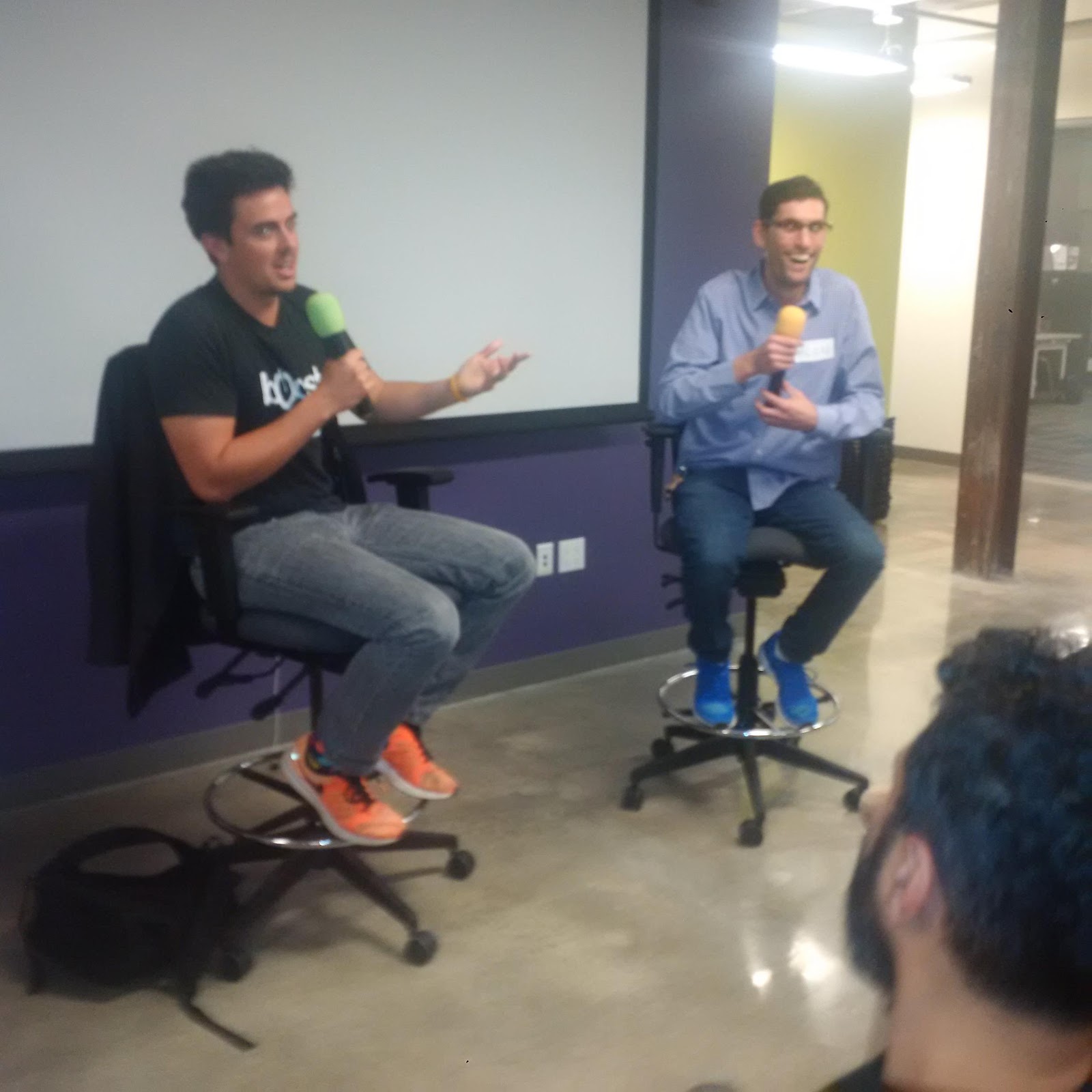 Draper is a fourth generation venture capitalist and founder and chief of Boost.vc, an innovative Silicon Valley incubator for start-ups where budding entrepreneurs with business ideas spend three months working to turn that idea into a real business.

The Boost incubator offers living space so “tribe” members can maximize their time working on their company – and avoid the sticker shock of Bay Area housing. So far, 120 people have gone through the program and have collectively raised $100 million to further fund their businesses.

In their talk last week, Draper and Goren spoke a lot about the value of an incubator, which on the surface seems like an expensive way to start a new business. Being accepted into the incubator means an investment of between $10,000 and $25,000 in addition to the three-month program. The cost is up to 6% of the equity of the company.

Draper said the value for that equity lies in being immersed in the start up process and being surrounded by fellow entrepreneurs and seasoned advisors that help the novice businesspeople to learn “10X” faster and to take advantage of the network effect to help solve problems and attract the right employees. Goren – a veteran of several startups – said in his experience the cost is cheap when weighed against the value he got from his incubator experience.

Draper’s other advice for entrepreneurs that night:

The life of an entrepreneur is exciting because it is fraught with decisions and risks. But through focus, enduring hard work and the right advice, it’s possible to turn a business dream into a valuable going concern.

Information you can use from the team at DJA.